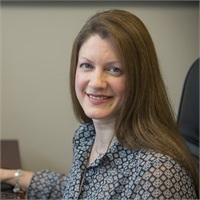 Dawn Caldwell grew up in Indiana and started working in the financial industry in 1985 with Lincoln Financial Advisors. She served as the office manager for the Central and South Texas Region until 2004, when she accepted a position as the executive assistant to Patrick J. Lynch III, Steve J. Markey and George M. Luhn, Jr. When WhiteStone Financial Group was formed in 2005, she assumed the duties as Administrative Manager for the firm.

Dawn is happily married. She has two children, Jessica and Jake, and two grandchildren.

Let’s Talk About You. Schedule Your Free Consultation Today.

Call Now
Back to the top